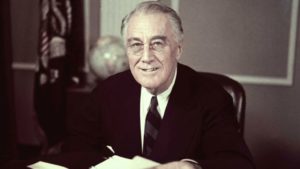 The historical facts (memories?): FDR was not paralyzed as president

New timeline: FDR was paralyzed for the 12 years he was president

US President Franklin Roosevelt, total paralysis from the waist down, a secret hidden for 12 years, wow.

He was apparently 39 when he contracted polio, but now it’s thought to have more likely been GBS. It was managed. We don’t want to scare the Americans.