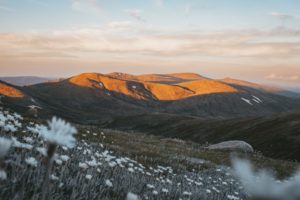 The highest point on Australia is Mount Kosciuszko. But it’s not the highest mountain in Australia? In 1947, Great Britain handed back to the Commonwealth of Australia the Heard and McDonald Islands in the Indian Ocean. Heard Island has Mawson Peak, which is 1,700 feet higher than Kosciuszko.