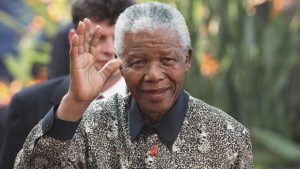 Nelson Mandela had a nuclear particle named after him, by a British University, Leeds, in 1973.

Later, a team from Durham University could not replicate the measurements.