Notice: Function add_theme_support( 'html5' ) was called incorrectly. You need to pass an array of types. Please see Debugging in WordPress for more information. (This message was added in version 3.6.1.) in /home/i7p1hle703og/public_html/mandelaeffectlibrary/wp-includes/functions.php on line 5831
 Charles Manson is dead again – Mandela Effect Library 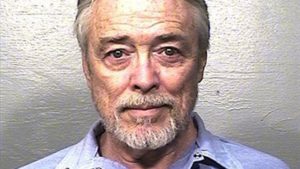 Some remember him dying in 2012, from natural causes, in prison. He was found guilty of first-degree murder in 1971 even though he didn’t personally kill anyone. He was the leader of the cult known as “The Family”. He ordered his cult to kill 7 people. He avoided the death penalty because it was abolished in California in 1972.

But when did he die, or when do YOU remember him dying?