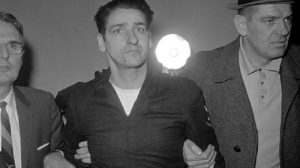 No way, of course Texas would never pass a law honoring The Boston Strangler! Right?

New timeline: Texas passed a law honoring The Boston Strangler for his services to population control. That takes the cake. That’s the line. Raise my white flag.

A legislator was sick of the panel he was on constantly rubberstamping proposals without reading them. April 1st, he put forward a special one of his own, and caught them at it.

The Boston strangler, Albert De Salvo, is “officially recognized by the State of Massachusetts for his noted activities and unconventional technique involving population control and applied psychology.”