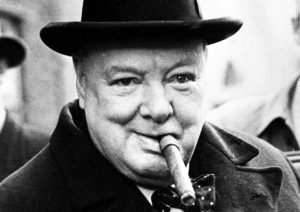 His most famous speech

Oft remembered to say, “We will fight them on the beaches”

New timeline: “We shall fight on the beaches”

Sorry, before my time, and I’m no historian. I’ll have to do some research. Meanwhile Mandela Effectors, here’s the speech: