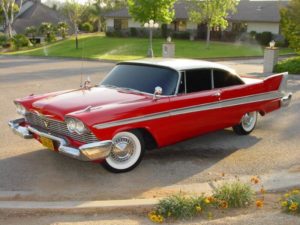 In the new timeline, supposedly there was such a thing in 1968!

A Mercedes Benz 250 Automatic, it was developed by Continental’s experimental R&D in the 60’s, to test tires, and it was called the “E-Auto”.

It was controlled by wire on the roads surface, the occupants didn’t touch the steering wheel. Sensors detected it veering off-track and compensated.

It had “automatic electro-mechanical steering”. It also reported sensor data back via radio. Amazing.