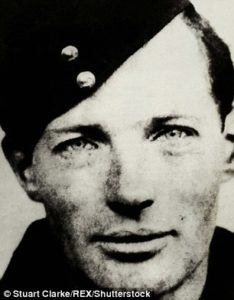 The Blackout Ripper is well known

Gordon Cummings murdered 6 women in London during the blackouts of the second world war. He was hanged.

The thing is, no one has ever have heard of him?

He was a soldier, and left a gas mask with his army number stamped on it at the scene of one of his crimes.