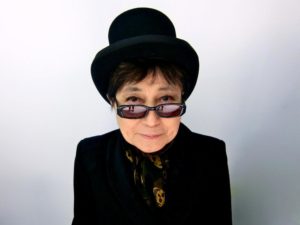 New timeline: She’s alive and Artsy as ever (November 2017)

Some remember her dying of an overdose not long after John Lennon was murdered.

Yoko was Lennon’s second wife, known for her performance art.

She formed her own band, The Plastic Ono Band, in 1969 which featured Eric Clapton on guitar.

This one’s tough for me, because I only remember her NOT dying, not yet anyway. Sometimes you’re too young, sometimes you’re not part of “the Effect”, who’s to say…